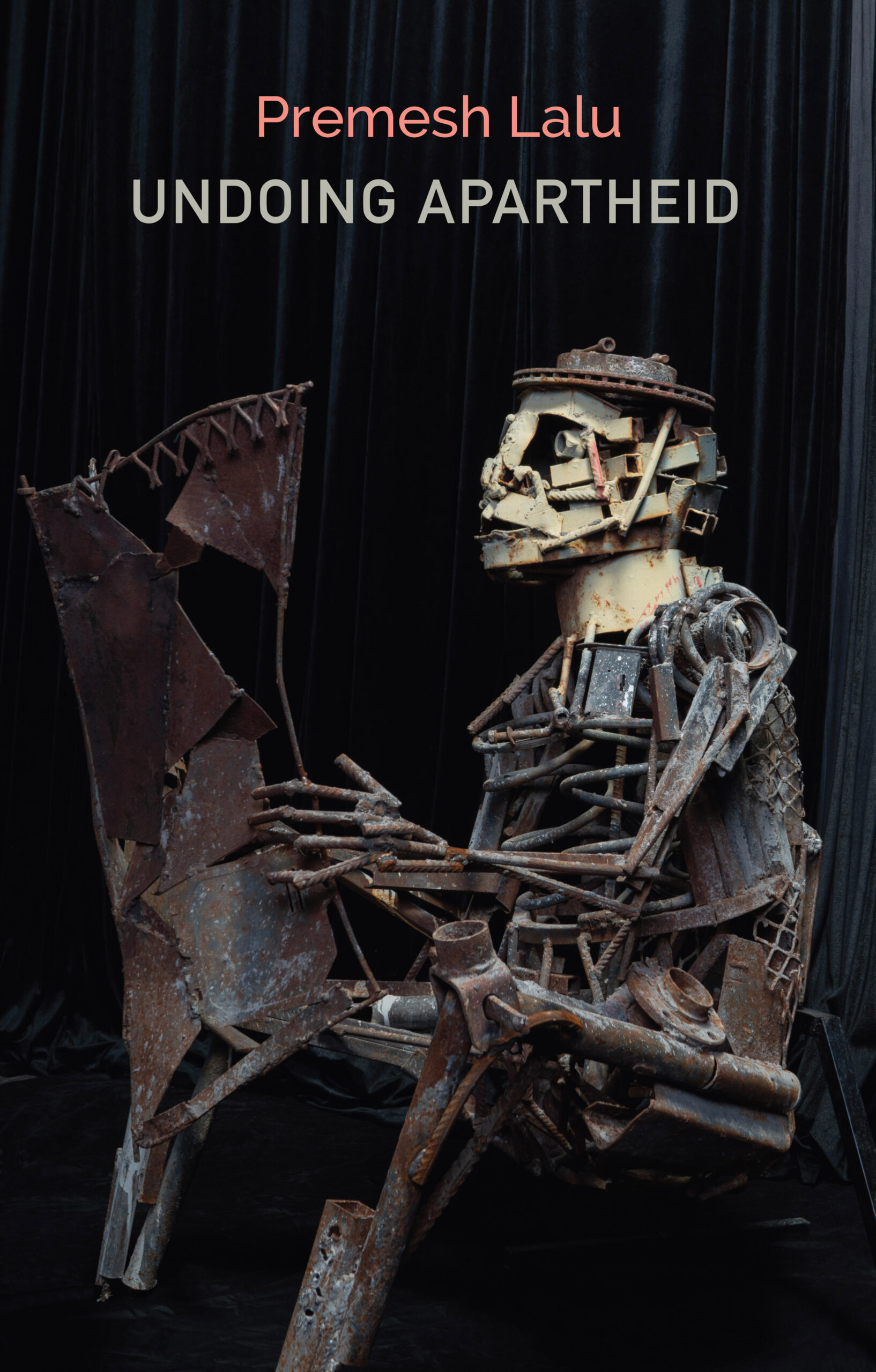 Post-apartheid South Africa still struggles to overcome the past, not just because the material conditions of apartheid linger but because the intellectual conditions it created have not been thoroughly dismantled. The system of 'petty apartheid', which controlled the minutia of everyday life, became a means of dragooning human beings into adapting to increasingly mechanized forms of life that stifle desire and creative endeavour. As a result, apartheid is incessantly repeated in the struggle to move beyond it.

In Undoing Apartheid, Premesh Lalu argues that only an aesthetic education can lead to a future beyond apartheid. To find ways to escape the vicious cycle, he traces the patterns created by three theatrical works by William Kentridge, Jane Taylor, and the Handspring Puppet Company – Faustus in Africa, Woyzeck on the Highveld, and Ubu and the Truth Commission – which coincided with the fall of the Berlin Wall and the end of apartheid. Through the analysis of these works, Lalu uncovers the roots of modern thinking about race and affirms the need to revitalize a post-apartheid reconciliation endowed with truth – if only to keep alive the rhyme of hope and history.

Premesh Lalu is Research Professor and founding Director of the Centre for Humanities Research at the University of the Western Cape, South Africa.
error: All Rights Reserved